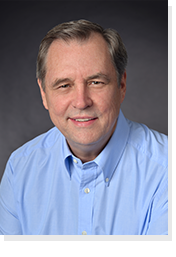 In 1986, Doug Dohring founded the consumer research firm, The Dohring Company. The business grew to a staff of 140 employees and ranked among the 100 leading companies in its field. In 1995, the Los Angeles Business Journal named Doug Dohring’s company one of the most rapidly growing private businesses in the region.

Building on his success in the evolving market research field, in the late 1990s Doug Dohring secured the domain OpinionSurveys.com and created an online research panel that grew to several million members. OpinionSurveys.com was later sold to the NASDAQ-listed company Greenfield Online.

In 1999, Doug Dohring agreed to acquire the nascent website neopets.com and founded and incorporated NeoPets, Inc., in early 2000. The interactive virtual pet website, aimed at young people in the upper elementary grades through the early years of high school, became profitable within a year under Doug Dohring's leadership. Mr. Dohring grew the website to become one of the world’s top online entertainment destinations. By the time of its sale for $160 million to a division of Viacom in 2005, neopets.com was generating over 5 billion monthly page views and had the most page views per user and time spent per user of any website in the world. Through an innovative approach to product placement he trademarked as “Immersive Advertising,” Mr. Dohring was able to integrate partner messaging within the user experience of the website rather than resorting to the banner and pop-up ads that were the norm for ad-supported websites at that time, but which greatly impacted the user experience in a negative way.

In 2007, Doug Dohring founded Age of Learning, Inc., as an enriching supplemental educational website for children ages two through seven, and brought several of his former Dohring Company executives to help him run the company. Age of Learning launched ABCmouse.com Early Learning Academy in 2010. The website delivers fun learning experiences to young users via more than 8,500 early learning activities in the areas of reading, science, and math, among many others. The website’s curriculum advisory board consists of expert-level educators, and the product has won awards and praise from teachers and parents. Through Age of Learning's Education Access Initiatives, Doug Dohring has elected to offer free access to ABCmouse.com to teachers, Head Start programs, libraries, public housing authorities, and community service organizations. ABCmouse.com for Teachers is regularly used in more than 65,000 classrooms.

Age of Learning supports the Invest In US initiative by committing to "provide ABCmouse.com for free to every preschool, Head Start, and kindergarten classroom in the U.S. over the next two years, with a value expected to exceed $10 million." And Age of Learning recently partnered with the ConnectHome initiative to "make its award-winning ABCmouse.com Early Learning Academy curriculum available for free to families living in public housing in 27 cities and one tribal nation, serving up to 65,000 children ages 2–7 each year."

In order to meet the pre-k through 2nd grade needs of school districts and school groups in the U.S. and internationally, Age of Learning launched the scalable solution ABCmouse for Schools. ABCmouse for Schools offers two solutions for pre-k through 2nd grade: ABCmouse Early Learning Academy, a comprehensive supplemental curriculum that builds a strong foundation for academic success across subject areas required for 3rd grade readiness; and the new ABCmouse English Language Learning Academy, which can be used by teachers as a core program or as a rich supplemental resource to provide a developmentally appropriate English language immersion experience. ABCmouse for Schools complements these curriculum offerings with student management, professional development, curriculum alignment, and progress reporting tools.